We had the good fortune to visit a few cities on the US East Coast last summer, travelling a few thousand km across Boston, NYC, Washington DC and Charlottesville in Virginia.

NYC was traditionally our favourite US city, but this time round, Boston won our hearts. It is a big city, yet it doesn’t feel like one due to the relatively small size so it is very much walkable. It is situated by the Charles river and hence very picturesque, but its central business district is still a busy hive of activity. It is an excellent choice for a family vacation, particularly in the summer – provided that the long flight was something that you, like us, were willing to get over! Here’s our main itinerary for 3 day vacation in Boston:

We often feel that one of the best things to do in a new place is to set our bearings by going up a tower and obtaining first-class panaromic views of the city, and this one is no exception. We took the free self-guided audio tour and caught the key areas of the city and its historical landmarks (our son loved the special audio tour for kids). There are also historical exhibitions for the kids and adults alike, including one with key sports facts (Boston being a major sports city and all). Sunset views over the river was phenomenal.

After we went up to Prudential Tower, we walked down the famous Newsbury Street in the beautiful area of Back Bay, where Boston’s rich and famous come to shop. We found the street to be full of gorgeous red brick shops housing everything from sweet bakeries, al fresco Italian eateries to independent boutiques. A stroll down the road is already enough to make you feel like a million bucks (Tip: Go for the half-shops in the basement floor instead of the al fresco places to save cost). We especially loved Scissors & Pie (where they cut out the slices from a rectangular-shaped pizza using scissors) and Sweet bakery, which also serves gluten-free cakes if you’re wary of high-sugar toddler angst.

We found the Freedom Trail to be a fascinating tour of major historical landmarks of the old Boston city relating to the events leading up to the American revolution. We started at the beautiful Boston Commons park (head to the Visitor Centre for a free map or purchase a guided tour) and followed a red line that took us through places such as Old State House Museum, Boston Massacre site, Faneuil Hall and Paul Revere House. Take a break in between the walk by having a meal at the beautiful Faneuil Hall marketplace.

We didn’t manage to finish the whole Freedom Trail in one day, so we continued the second leg (after Faneuil Hall market) on the second day. From Faneuil Hall, we walked for 10 minutes to Long Wharf, where we caught a ferry ride to Charlestown Navy Yard to see the USS Constitution museum and the ‘Old Ironsides’ ship itself. (Don’t make our mistake though as we arrived on Monday, a day when the ship was closed – although the museum was open, which we enjoyed!) The ferry ride had beautiful views over Boston city, and you can also spot landmarks such as Bunker Hill monument and the Boston Tea Party boat.

After exploring Charlestown and its beautiful pastel-coloured houses, we caught the 93 bus to the other portion of the Freedom Trail in Little Italy in Boston’s North End. This is where Paul Revere’s house was located and delicious Italian restaurants beckon with fine smells and long lines (try the cannoli at Mike’s Pastry, but do go early due to the crowd!). I particularly loved the old style houses along the area, such as the one pictured.

I managed to convince my sceptical husband that a cab ride to Beacon Hill was worth it, and I was right. The area is simply gorgeous, lined with red brick houses and shops along cobbled streets. We posed for shots in the famous Acorn Street (pictured here). Wish we spent more time in the area!

7. Have a drink at Cheers bar

While we were in Beacon Hill area, we dropped by the original Cheers bar on 84 Beacon St. We didn’t go inside but you can definitely go in for a meal or a drink as it is still operating. (If you missed this, don’t fret as there’s another one at Faneuil Hall area where you can easily go to).

8. Visit Harvard and MIT in Cambridge

We imagined ourselves as Ivy Leaguers and hung around the campuses of Harvard and MIT in Cambridge, which really shouldn’t be called another city as it is just across the river from Boston. What impressed me most is that there are no flashy signs or arches leading up to the world-renowned institutions, because, well, they simply don’t need to. We hung out at the campus, visited Harvard Square and bought souvenirs (including a ‘Future MIT grad’ T-shirt for our son!) 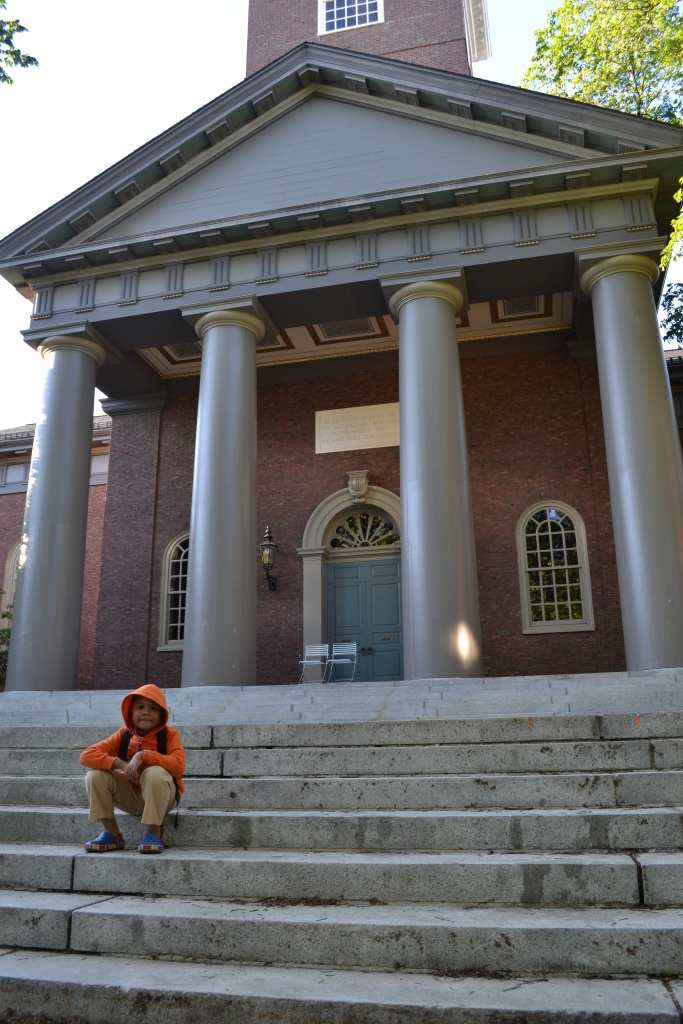 9. Have a Boston seafood meal

Boston is renowned for its seafood, so do ensure you have a lobster roll and clam showder at one of its popular restaurant franchises such as Legal Seafood and Atlantic Fish. (The lobster prices in particular are very reasonable compared to what we have back home, so it is definitely justified!) 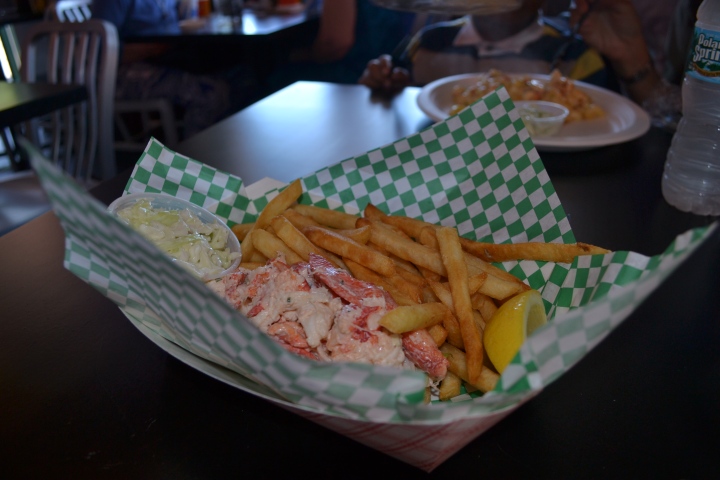