One of the results of fasting during Ramadan is the number of hours we spend more being at home during the day than going out and about. Technically i know this shouldn’t happen as Ramadan should not hold us back from undergoing our normal routines, but being the weak human being that I am (and hungry and cranky during the day) i tend to watch more films or online shows than usual these days (between regular prayers and Quranic reading, of course :)). 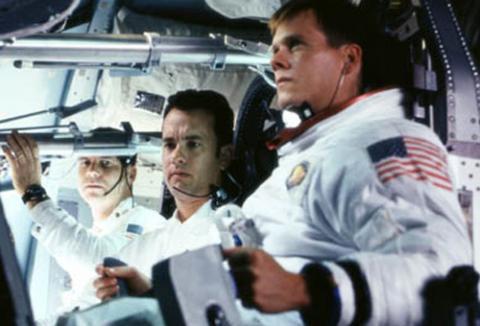 Somehow i only watched the film Apollo 13 today for the first time even though it has been around since 1995. Obviously i was aware of this famous movie that was well received by critics and box office alike (earning US$355m and earning nine Oscars) but i have never had the opportunity to watch it.

Upon watching it today, i realised how inspiring the film was and how it contained a lot of messages and key takeaways. Here are my top ten:

1) Science can be fascinating again in the right context.
Despite my status as a Bachelor of Engineering degree holder, I have never found science and engineering particularly interesting and mainly studied it out of the objective of getting good grades and passing exams (don’t follow this path, kids). With a situation involving things I am more interested in (i.e. people, drama, famillies) I find myself poring over the wikipedia page of Apollo 13, trying to understand the causes of the oxygen tank explosion and the damage to the various components of the space shuttle. Science can be interesting after all (gasp)!

2) Materials science IS an important component in science and engineering.
I have never felt more proud to be a graduate from the field of Materials Science Engineering when I learnt the the explosion in the oxygen tank and subsequent damage to the Service Module was mainly caused by the teeny issue of damaged Teflon wire coating in the oxygen tank. This just shows how important the field is even in space missions. Go materials science! Not such a small fry after all (obviously the impact from years of feeling less significant in college ;P).

3) When you are denied something you have been working and planning for, don’t give up.
The second commander, Ken Mattingly (played by Gary Sinise) was removed from Apollo 13 flight crew only three days before the mission at the advice of the Chief Doctor due to his exposure to German measles. Jim Lovell (played by Tom Hanks) had to accept the advice with a heavy heart due to the fact that he and his crew had trained and worked so well together that they could practically read each other’s facial expressions and body language. Instead of getting all worked up, everyone accepted the decision and moved on. (more in this in #5)

4) When the plan is aborted, keep working on a new one.
The oxygen tank exploded, leaving several engines and fuel cells damaged, in the second day of the mission. This forced the crew to abort their moon landing and turn around back home. Although Jim did lament the loss of his dreams to step on the moon, he realised (after they have circled the moon in orbit) that it was time to get over it and immediately focus on the plan to fire up the Command Module’s engines and re-enter Earth successfully.

5) Don’t hold grudges.
Despite Ken never contracting measles, as soon as he found out about the problems his friends were having, he immediately started working with the engineers on how to restart the command module safely and successfully, given their limited power sources. This shows how he never held a grudge against Jim for making the decision to swap him and instead focused on saving his friends. Ironically (and perhaps due to his positive attitude and efforts in saving Apollo 13) he was later included as part of the successful Apollo 16 mission, making him one of only 24 people to ever walk on the moon.
His positive attitude and values to me are so inspiring. This case study just shows how you should always accept God’s will and move on… As you never know what God has in store for you around the corner!

6) Teamwork is important.
When the Apollo 13 crew started fighting, carbon dioxide in the cabin reached critical levels which caused the ground team scurrying around trying to find a solution to the incompatible CO2 filters (square in the Service module, but round in the Lunar module). The ground crew went for tens of hours without rest and sleep, all working together (led by Ken in the film in typical Hollywood comeback hero style). As a result, they finally found a way to connect the two filters together, which helped save the crew’s lives.

7) Great leaders rise to the challenge in times of crisis.
The main leader in the control room during the mission, Gene Kranz, was a model of leadership in the film, always in charge and listening to the inputs by his subordinates before making a decision. Jim was also a true leader who was forced to make an extremely hard decision and keeping the peace between his crew on board. Great leaders are truly made in times of crisis, and it is illustrated well in this film.

8) Double check your work.
The explosion was in turn caused by the fact that the tank was accidentally dropped by just 2 inches (2 inches!!) during removal from Apollo 10, which it was originally installed on. The oxygen tank was signed off by Jim Lovell, the main pilot of the mission himself. Had he known the damage it would cause, including how he would have to fight to save his life later, I’m sure he would have double checked everything with his engineers.

9) Always have a backup plan.
The space shuttle had three main components, the service module (the Odyssey), the command module (which they used to land on earth) and the lunar module (which was designed for their landing and voyage on the moon). After the explosion, the crew were forced to shut down the command and service module in order to preserve power and instead used the lunar module to ‘tow’ the whole shuttle around the moon’s orbit. Backup plans are always critical to a mission!

10) Pray and let go.
When the crew were in trouble, everyone watching, including their famillies and the general public, were glued to the screens to pray and cheer on their safe return to Earth. During times of crisis, it is important to remember how human beings are ultimately the creation and a Higher Being is always watching and in power over the next course of events. There’s nothing we humans can do after putting in all the required efforts aside from praying hard and pasrah (letting go to His will). I know this is easier said than done (a lot of us try hard to remain in control of our lives) but we have to keep trying – relieving the decision to God may actually be liberating and better for us. And that, i think, sums up good lessons and practices to master during Ramadan and beyond.

Tagged as: Apollo 13, lessons in life